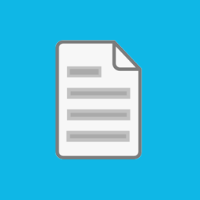 Updates to the Ed-Fi Data Standard for v2.0.1

The Ed-Fi Data Standard v2.0.1 was released in December 2017 to address issues discovered with v2.0 in field use. The changes are entirely non-breaking, additive-only updates. The changes should have no impact on existing API clients.

Updates to the Ed-Fi Data Standard for v2.0

This section provides an overview of all the improvements, enhancements, fixes, and changes that appear in v2.0 of the Ed-Fi Data Standard. Additional detail and rationale for the changes discussed below can be found in the Data Model Changes section of this documentation.

Several changes to the data standard were made to improve and enhance capabilities for implementers. This section provides a summary of the most significant changes.

In the Ed-Fi Data Standard v2.0, AttendanceEvent has been trimmed to only have information related to specific domain attendance events. The following separate types are now available, each of which have a reference back to the AttendanceEvent:

This removes the overloading of the AttendanceEvent to represent similar, but varied concepts, and encourages reuse of event records (a single event record could be referenced by both a StudentSectionAttendenceEvent and a StudentProgramAttendanceEvent if a student were attending both simultaneously).

In the Ed-Fi Data Standard v1.2, EducationOrganizationReference was used in places where a more specific type and/or element was actually intended. New types have been created based on this type for School, LocalEducationAgency, StateEducationAgency, EducationOrganizationNetwork and EducationServiceCenter to further define these relationships and make it easier to understand the intent. In some cases the element itself was renamed, but in many only a type change was required.

As a result of this change, additional unique identifiers were added to LocalEducationAgency, StateEducationAgency, EducationOrganizationNetwork and EducationServiceCenter to match the pattern already established with School.

The Common Education Data Standards (CEDS) initiative is a collaborative effort between the U.S. Department of Education and other federal agencies, state education agencies, local education agencies, private foundations, and vendors. CEDS produces a common vocabulary for education data, thereby streamlining data exchange and facilitating comparison across institutions and sectors. The Ed-Fi Alliance has participated in the CEDS initiative since its inception, and the Ed-Fi Data Model has contained CEDS-aligned elements since v1.1.

In January 2015, CEDS v5.0 was released. Several elements and concepts from the Ed-Fi Assessment Domain were incorporated into the new CEDS version. In addition to modifications already noted above, the Ed-Fi Data Standard v2.0 made the following CEDS-aligned additions and enhancements.

CharterApprovalSchoolYear captures the school year in which a charter school was initially approved and aligns with the published CEDS 5.0 element Charter School Approval Year.

Formal naming conventions were employed when realigning, renaming, and creating elements in the Ed-Fi Data Standard v2.0. This alignment was conducted to remove confusion and increase consistency, as well as to support APIs and automated code generation. Detailed information on the naming conventions can be found on the Ed-Fi Alliance Tech Docs website: https://techdocs.ed-fi.org/display/EFDS20/XSD+Authoring+Guidelines.

The overall identity and reference structures have dramatically transformed in the Ed-Fi Data Standard v2.0. The new schemas were architected to have a clean and repeatable model for identifying and referencing domain level elements that uniquely identify a domain entity. A new component, Lookup, is now included in those instances where the uniquely identifying elements may not be known.

The Reference encapsulates the Identity and Lookup into a single complex type.

All Identities now only have elements that are required to uniquely identify the entity. This has ramifications for the elements within an entity as well as its corresponding identity.

The Lookup enables a vehicle for use in references when not all of the identifying elements are known.

In the Ed-Fi Data Standard v2.0 schemas, enhancements were made to further define descriptors and extended descriptors as well as their reference types.

The most basic of these changes is to the base DescriptorType itself. Previously the only required element was ShortDescription, but now both CodeValue and ShortDescription are required to ensure better referencing by other element structures such as the DescriptorReferenceType.

The Namespace has been converted from an attribute to an element following the tenet that attributes should contain data that’s only used in the processing of the XML (i.e., XML-internal Identifiers and References), but anything that would be expected to be saved and kept should be defined as an element.

This change has given rise to a modification in the way some extended descriptors are defined as well. Common types have been created in cases where additional information is needed or available. As an example, the Language common type consists of a Language element of type LanguageDescriptorReferenceType and an optional LanguageUse element. This common type can now be used in place of the standard Descriptor Reference. In the Ed-Fi Data Standard v1.2, this concept was represented in the LanguageUseDescriptorReferenceType. The same logic has been implemented in Behavior, CalendarEvent and other extended descriptors.

Find out more about what's new in the Ed-Fi Data Standard Version 2.0: