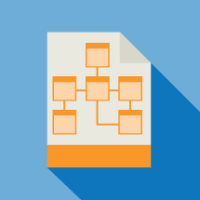 This section describes the principles that guide the governance choices made for the Ed-Fi Unifying Data Model (UDM).

The Ed-Fi UDM affects all aspects of Ed-Fi standards and technology, from the concrete data exchange standards to the supporting technology that align with the data standards. This means that although the Ed-Fi UDM is abstract, all changes, additions, and improvements have an impact on all the concrete technology pieces maintained by the Alliance and by the Ed-Fi Community.

Changes to the data model are influenced by a number of sources:

These influences combine to define each subsequent version of the Ed-Fi UDM.

Corrections made to fix obvious flaws are (relatively) straightforward.

Additions to the Ed-Fi UDM can often be added to implementations without affecting interoperability — but major additions also mean additional maintenance and documentation overhead, so they aren't made lightly.

Deletions can be problematic for implementers, so we tread carefully here. However, judiciously applied, deletions can keep the standard simple and bloat-free.

Changes that tweak, modify, or otherwise refactor the Ed-Fi UDM fall into this category — and most of these wind up being a battle between inertia (which is easy to support) and improvement (which takes work, but is nevertheless worth doing).

As noted, the Alliance takes input from all sources at every opportunity. Most Ed-Fi Community members have full-time jobs, so we generally reach out only when we have major changes — but those who follow the Alliance's work have many opportunities to provide feedback. Here's our general approach to ensure that we telegraph all changes before they happen:

So, if you care about this stuff, get involved. Comment and share ideas and feedback early and often.

To find out more, or to get involved, see The Tao of the Ed-Fi Alliance, particularly the section on Data Standards.