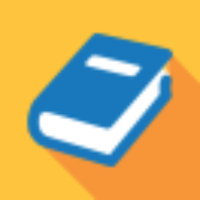 The Ed-Fi Alliance welcomes code contributions from the community. This documentation provides guidelines for making contributions. Although the details and examples that follow are focused on the Ed-Fi ODS / API, the same principles and requirements are applicable to most Ed-Fi Alliance products.

In general, contributions will be released with next scheduled release of the ODS / API.  Exceptions include cases where contributions introduce breaking data standard changes or ODS / API behaviors (in which case they are rolled into the next major version release) and cases where a timely change is needed for the current release (in which case the Ed-Fi Alliance will create a new hotfix/minor release with the appropriate change incorporated).

In order to contribute code, please follow these guidelines:

An Ed-Fi core team member will review your pull request for the following requirements:

Once the above criteria are met, a final pull request will be submitted to move the changes into the development branch by the reviewer where the multiple commits will be squashed into a single commit.

A list of Git GUI Clients are posted on the main Git site. Some commonly used GUI clients by the ODS development team include: Source Tree, Git Extensions and Git Kraken. For diffs and merges the team primarily uses KDiff3. However, there are other tools available, including Meld, Diff Merge, and Beyond Compare.

The following command will setup KDiff3 as your default GUI for merges and diffs:

Further reading on Git can be found on the docs site.

A Note on Acceptance

To help the requester meet the acceptance criteria, changes may be required. These changes may include support for consistency of unpublished changes and/or to support the architecture of the application.